The Healing Power of Oregano

Here in New York, one of our associations with oregano is the herb in the shakers at the pizza shop. It’s flavorful and goes well with the garlic powder also offered in these establishments.

We’re also herbalists so we were pleasantly surprised when we found out that our dentist uses oil of oregano to help patients heal after minor oral surgery. He dabs a little on the site himself and recommends it to most of his patients following procedures.

Of course, oregano is a plant that is well known around the world as an aromatic flavor for foods from Asia to Europe and Latin America. Predictably, traditional medicines in all of these places have a history of including oregano oil in their healing repertoire. Not only is the oil of oregano good for local inflammation, but it has so many health benefits that it deserves being included under the column of super-foods.

As an antioxidant, oregano contains a number of compounds that help to reduce the destructive effects of oxidative stress on the body’s cells. Pound for pound, oregano has more antioxidant activity than apples or blueberries and can help improve the metabolic profile of people with elevated blood fats.

The volatile oils in oregano (including thymol and carvacrol) make it an effective antibacterial and anti-fungal herb, especially for organisms that affect the digestive system like candida, and bugs like giardia and staphylococcus.

Recent data also shows that oil of oregano has an anti-cancer function, by blocking some of the pathways of tumor development. 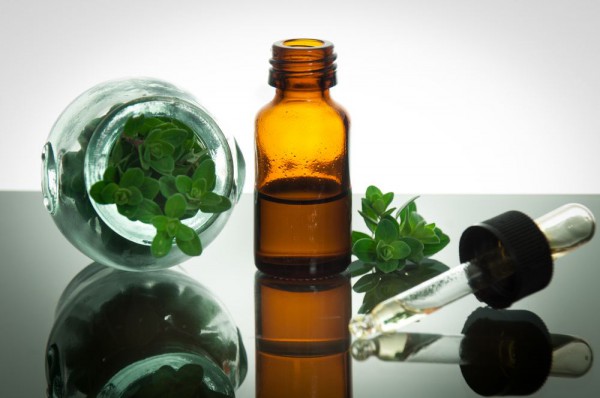 For external injuries, a 2011 study showed oregano oil could help wound healing, and skin pigmentation and pliability. Oregano oil is strong though and should not be used directly on the skin. Instead, dilute it with a carrier oil like jojoba, sweet almond, or grapeseed, at 10 to 12 drops oregano oil per ounce of carrier oil.

Oil of oregano is available at most health food stores in forms for internal as well as external use. But for the most enjoyment, you can grow it in your own kitchen along with these delicious herbs to bring healthy flavor to your own cooking.

Some Like it Hot: The Healing Power of Peppers

Apples and Honey for Rosh Hashanah and Beyond

How to Make Rhubarb Juice