How to Grow Your Own Sprouts

Sprouts not only taste good, but they’re also full of vitamins, minerals, fiber, protein, and enzymes. Their nutritional benefits were discovered by the Chinese thousands of years ago. In Chinese medicine, a seed is considered to be yin and its offshoot is considered to be yang, so the ancient Chinese recognized that as seed sprouts, yin turns into yang. Because of this, as the seed transforms from its dormant stage into a living food, it possesses a vitality that makes it particularly nourishing.

Sprouts can be expensive in health food stores but they’re really easy to grow. Any raw whole grain, nut, seed or legume that hasn’t been processed can be sprouted. Common seeds for sprouting include alfalfa, mustard seeds, and broccoli seeds. Common legumes and beans include lentils, peas, garbanzo beans, and mung beans. Quinoa is a particularly delicious grain when sprouted. 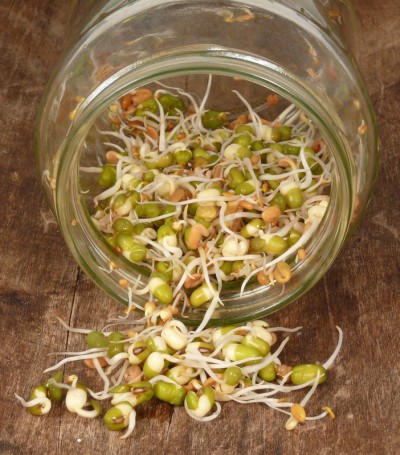 What Does Your Acupuncturist Eat? A Look Inside Laura's Refrigerator

Splenda®: Not So Splendid!