Updates on Our Vegetable Garden

Some of you may remember that back in April we blogged about planting vegetable seeds. I posted pictures of those seedlings here on the blog and on Facebook and have been surprised by how many people have asked me how they are doing.

And now it’s June and here are the same plants in our garden….. 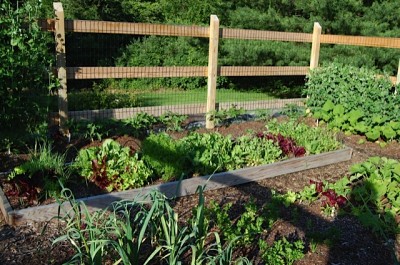 Most of these vegetables were grown from seed and cost very little. Some started out under a light unit in our living room and some seeds were sown directly into the ground. Now that summer is just beginning we’re able to harvest the early vegetables and are excited about the crops that still have some growing to do. Nothing is more satisfying than feeding family and friends with nutritious, organic homegrown veggies, and growing them from seed is easy and economical.

The kinds of vegetables that are ready in our area in June are:-

Here are the main June jobs for vegetable gardeners in New York State.