New Years Eve, as I am sure all of you are aware, is tomorrow! For many of us, this is a chance to start fresh and make positive changes. New Years Resolutions can be tricky though, because often people start off too ambitiously and then cannot follow through. Did you know that out of all the people who are making New Years Resolutions, only 8% are actually sticking to them? Now, I can’t say for sure, but I have a sneaking suspicion that this is because the resolutions people often want to make are too big! Here are some examples of resolutions that might be a little too much to conquer, and some different ways of approaching them.

Quitting anything cold turkey is hard, but in this case it is the best way to go about it. Instead of thinking about it as “never again” try to think of it one day at a time. This will make your smoking cessation much easier to come to terms with. Also, acupuncture can help smokers who want to quit. By taking things one day at a time rather than thinking about giving up smoking forever you’ll make the task easier. There’s a lot to be said for setting realistic goals.

I’m going to get a six pack and to tone up before the summer!

You could instead look at this time as a reminder to simply work on being good to your body and treating it well. Little things like cutting down on your alcohol intake, drinking more water, eating more vegetables, and so on, can have drastic effects on you, your body, and your appearance. Personally, I notice that my skin looks a lot better when I’m properly hydrating myself.  Even if you decide to go to the gym for 20 minutes a week more than you are now, that’s a great improvement: especially if right now you don’t go to the gym at all.

I’m going to work on making lots of money!

Perhaps you could look at this as chance to figure out ways to save your money. It’s tricky to go into the New Year anticipating a raise or some miraculous way of making more money than you already are. Saving, however, is very realistic! You could even look at some applications for your smartphone – you know what they say, there’s an app for everything! Here are some helpful ones to help you to save your money.

I’m going to organize everything! 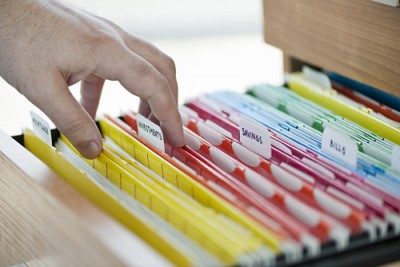 There is something really nice about having everything in its right place. You might embark on this resolution with dreams of perfect photo albums on you computer, all documents stored in the right place, cubby holes and shelves for everything you own, and so on. However, this doesn’t just happen overnight. Going through everything and organizing it would take an awfully long time, and might leave you feeling disappointed when you realize you can’t do it all as quickly as you would like to. Instead – change your ways for the future! Think of it more like this: from now on I am going to be more organized. Organizational expert Julie Morgenstern says, “when you finish using something, place it back in it’s home immediately. Instead of thinking of it as ‘putting it away,’ think of it as ‘setting it up for it’s next use.’”

Good luck everyone! We’ll see you next year!

The Year of the Rooster