We have made it five whole days! It hasn’t been easy, but we’re sticking together and staying strong! See below for everyone who is joining in’s opinions on how this first week went! We’ll put it in order of most sugar dependent to least. 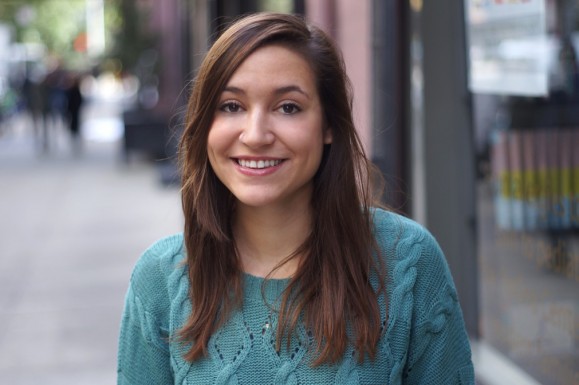 So, I eat an insane amount of sugar. We’re talking pastry every morning, soda with lunch, maybe mid afternoon frozen yogurt, maybe a cookie or two after dinner. Out of control! So this week hasn’t been the easiest for me, but, I’m proud of myself because it hasn’t been impossible! I’ve managed pretty well so far!

We decided to keep natural sugars in our diet, so I’ve replaced a lot of cravings with fruit. I start my mornings with a handful of cashews and a banana, which at first felt like the biggest bummer, but I’m already getting used to it. Lunch I’ve been either eating soups or salads (dressing: olive oil and lemon) and it’s been fine! I have noticed though that around 5pm I start to crash a little. I’ve been battling that with some hummus or cheese or something like that…

The only times I have consumed sugar have been completely accidental; for example, I had a little soy sauce the other night. I’m willing to let this slide though because I don’t want to become neurotic and paranoid about my food consumption, and, also, looking on the bright side: at least my sugar intake was accidental and not because I caved in and just had to have those peanut m&m’s. 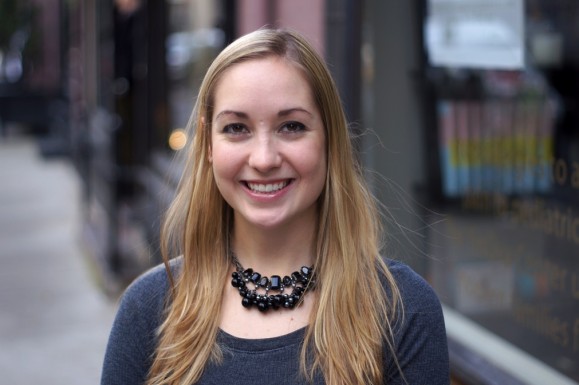 Week one without sugar, started off poorly as I poured myself a big bowl of cereal without a second thought on Monday morning. So I began the challenge at lunch. I had packed a sandwich with hummus, goat cheese, arugula and whole wheat bread (no sugar added). I was surprised at the health food store that so many of the loaves still had sugar listed as an ingredient.

I had gone to the grocery the night before to stock up on items without added sugar. I bought some delicious crackers, fruits and veggies, nuts and salad supplies. I had to look through dozens of dressings before finding a simple italian without sugar. Even one labeled plain olive oil and vinegar still had a gram of sugar per serving. It takes some practice getting used to looking at all the food labels for everything, figuring out if there is added sugar or sugar that is just naturally occurring, like in the cottage cheese I bought. So far I haven’t cheated in a big way. I made pasta the other night and realized the tomato sauce I had on hand had 2 grams of added sugar but ended up using it anyway because I didn’t have anything else.
I’m feeling good except…. I’m craving sugar in a way I’m not used to. I pass by the frozen yogurt shop by work and my mouth starts watering. I’m spending way more time thinking of cookies and chocolate than I normally do because now it’s “forbidden”. It’s like the “don’t think about a polar bear” trick. Everyone is going to think about the polar bear! I’m a little worried that one of these nights I’m going to crack and binge on a pint of ice cream. It’s sitting in the freezer taunting me, but I can’t just throw it out. I’m lucky that I already don’t put sugar in my coffee, i drink it black or with a little cream, and I’ve been off soda for years. So it’s really just the occasional desserts and sneaky added sugars that are going to give me the most trouble. 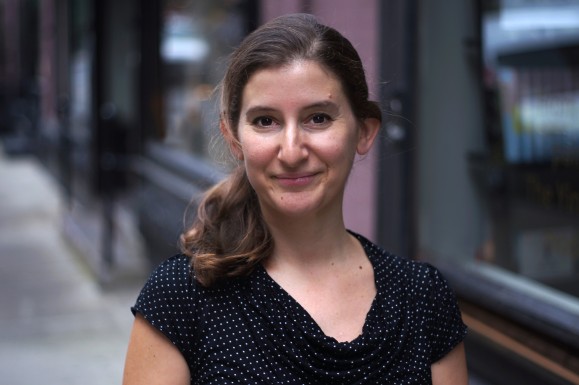 I started off late to the ‘no sugar’ challenge but still wanted to jump in! Day one was closer to everyone else’s Day 4 or 5 however, it’s never too late to cut out sugar! That said, without a thought, I popped an Altoid after lunch without even thinking about it! Ooops! I’m a coffee drinker and if there is one place sugar seems to creep in, it’s in what I like to call a ‘psychological splash of sugar’. That means that I put in a pinch of sugar to add a tiny bit of sweetness but not so much that it seems like I’m going to spike my blood sugar. Truth be told: caffeine can disrupt blood sugar and make one less insulin sensitive. That said, while I do take breaks from drinking it, for now, I’m drinking it without the extra splash of sugar. So far so good. In actuality, I love a bitter cup of brew!

As for other foods, I’m using the challenge as an opportunity to make better food decisions and choices overall. With springtime, eating greens is natural and I find I am moving towards wanting them and eating them more. Other than that, I don’t tend to crave sweets too much but enjoy the structure of a group challenge to help me avoid the occasional grab and go breakfast treat and be more diligent with my food choices.

One thing I do like to tell my patients is: if you crave sweets, increase your water and increase your protein. Protein with each meal is beneficial for blood sugar and this little challenge is helping me stick to my own advice! 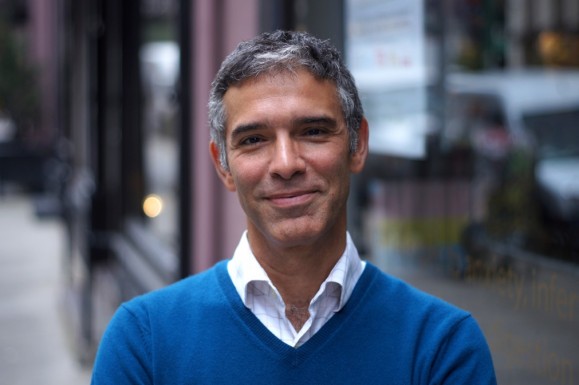 I didn’t go into this because I want to detox from sugar. In fact I’m pretty fortunate and I process sugar fairly well. But the bottom line is that I eat too much of it. Like a lot of my patients, I do it partly because I like it. No, I love it and lots of things that are made with it. It comes at a cost though, because no matter how “well” I do with it, it creates peaks and valleys in my energy, can make me moody, creates fiendish cravings,…. and those are just the short term problems. The thing is that sugary treats are easy. What’s more, sugar is in EVERYTHING, so even when Im not looking for a fix, Im getting one and that’s no good.

So during this month, while Im not trying to eliminate all sugars (simple carbohydrates to use the technical term) from my diet, I am trying to reduce the torrent of the refined stuff. The big payoff of that is that I am being much more mindful of what I am eating. The doughnuts are out for sure. But along with them I’m reading labels, asking questions about ingredients, cooking differently, and thinking twice about what my body is really looking for. To me, this awareness represents at least half the value of any dietary changes – from small additions to hardcore detoxes. Just the act of taking a little more time to think about how I nourish myself has an effect on not only my eating habits but also my exercise habits, my sleep, my work routine and overall performance. Becoming mindful and making a healthy change in any one part of my life leads to changes on others, and what I eat is a great place to start.

So this isn’t a detox that hurts and cant really be sustained long term anyway. Instead, I think of it as a shift toward better balance and how I want to live. I do see cupcakes in my future, but they should be out of choice, not habit. 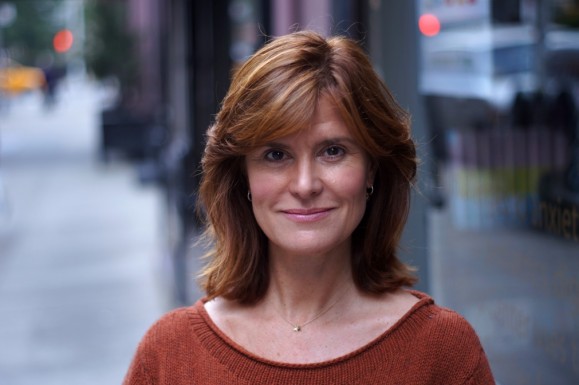 It’s the end of the first week of the #YinOvaSugarFree30 Challenge and I’m feeling good. Between you and me, last time I gave up sugar I cheated a little. I don’t mean I ate vat loads of ice cream without admitting it. I mean I allowed myself the occasional glass of wine and fed my sugar cravings with fruit. However, this time I committed to going cold turkey and spending an entire month eating low on the glycemic index. To accomplish this, I planned ahead. I headed to my kitchen cupboards and threw out any cookies, jams and sweet treats.  Plus, I made sure my friends and family knew that I was quitting sugar and asked for their support. I also stocked up with plenty of healthy snacks ahead of time.

Eating more protein really helps with sugar cravings. Small bags of nuts have proved useful this week and I reached for them when my energy dipped and I was craving some carbohydrates to pick me up. Lunches on the run in New York can be a problem because the easiest solution is often a sandwich. Again planning ahead proved to be key. For me, packing leftovers from last night’s dinner and bringing them to work meant I wasn’t tempted to order delivery. However, when caught on the hop I found that chains such as Pret A Manger sell a variety of good salads with the dressing on the side (beware of hidden sugars in salad dressing). Soups are also a good choice as are little protein pots with egg and spinach and quinoa.

And the lesson for this week was to be wary of natural sugars. The temptation is to replace processed sugars with natural ones such as agave, honey, maple syrup and coconut sugar. These are all fine in moderation, but when you’re trying to stop sugar cravings, they’re not helpful because, natural or not, they’re just another version of sugar and your body can’t really tell the difference. They make your blood sugar spike and lead to cravings in exactly the same way a sugary soda would. So for the duration of the challenge I’m knocking them on the head too.

Lyme Disease: How Often Are We Misdiagnosed?