How to Make Rhubarb Juice

Did you know that rhubarb is a Chinese herb? These days we think of it as a tasty pie filling, but rhubarb has been used for thousands of years in Asia to benefit digestion and treat liver and gallbladder problems. More recently there has been research about using rhubarb to fight cancer.

It’s a useful healing plant but like may potent herbs it also has a downside. The leaves should never be eaten, because they contain high levels oxalic acid, which can be poisonous. The stems have much less oxalic acid in them and so are safe and a good source of vitamins A and C as well as helpful phytonutrients. Still, it’s important not to eat too much, because an overdose of oxalic acid can lead to joint inflammation and put a strain on the kidneys. What is too much, you ask? Well a lethal dose of rhubarb is said to be 20 lbs, which, let’s face it, is a huge amount of rhubarb.

The good news is that the oxalic acid in rhubarb is broken down in cooking, which is why this juice, made from boiled rhubarb, is one of my summer favorites. It’s tangy and refreshing and naturally sweet, which may surprise you because it contains no sugar. Given how tart rhubarb is, I don’t blame you for being skeptical about this, but try it. For some reason it really works. If you need it to be a little sweeter, you can always add some argave nectar to the finished product. 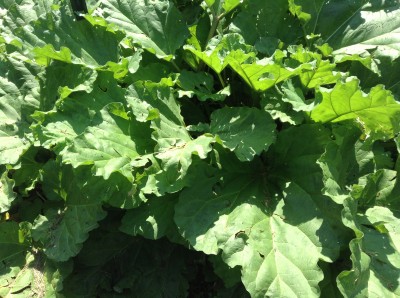 This is our rhubarb plant. It’s a bit of a monster and coming up with ways to use all the rhubarb it produces is one of my summer challenges. This particular plant grew from a cutting given to us several years ago by our neighbors, Betsy and Pete, who have had this rhubarb bush in their family for three generations. There’s something nice about knowing that this plant has sustained so many people for well over 100 years. I think it says something about the toughness of rhubarb and I like to think that, as we drink this juice, the rhubarb is passing on some of that hardiness to our family. 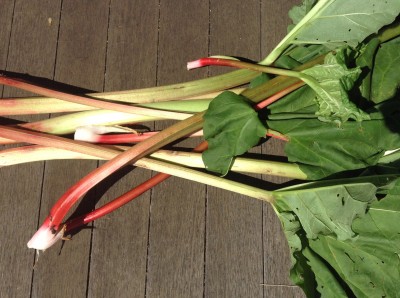 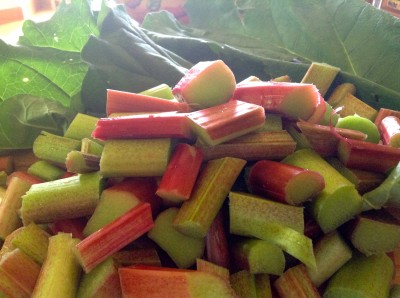 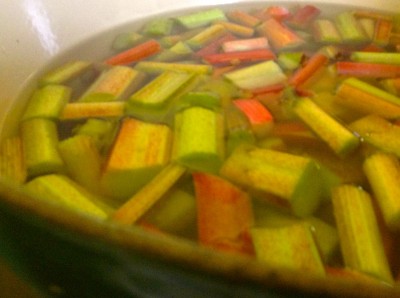 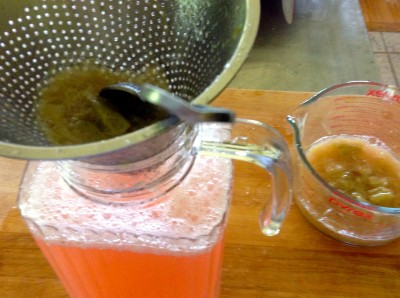 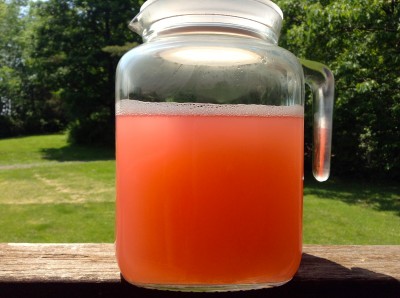 Steam your way to a quick and healthy meal