As some of you know I was on the CBS Early Show this week talking about foods that enhance fertility. You can watch the piece here if you missed it. It was a blustery day out there on the plaza and the segment was quite brief so I wanted to use this blog to give you more information about diet and fertility. Here is the advice we give our patients who are trying to conceive.

Eat as much unprocessed, seasonal organic food as you can 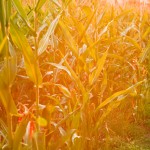 This means eating food that hasn’t been made in a factory. In Chinese medicine we believe food contains qi so an ear of corn receives energy from the sun, which it uses to grow and passes on to you when you eat it. By the time it’s been broken down and extruded into a cornflake it’s lost some of that energy. Even if you prefer a more grounded explanation than this, processed foods contain less nutrients and more chemicals than foods that are in their natural state.

I know that organic food can be expensive and that most of us can’t afford an exclusively organic diet. But eating as much organic food as you can helps you to avoid pesticides and agricultural chemicals some of which can disrupt your hormones.

Fill your plate with colorful fruits, veggies and leafy greens 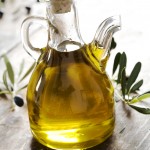 A lot of people don’t realize that you do need some fat in your diet in order to create certain hormones. Sometimes at The Yinova Center we see people on low fat diets who have hormone deficiencies. So it’s important to include healthy sources of fat in your diet such as olive oil nuts, seeds, avocado and oily fish. I have a more detailed blog article on fats and fertility, including fats to avoid, which you can read here. 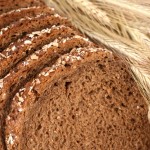 Here in the US we are in the habit of refining grains for the sake of convenience; refined grains cook quicker and keep longer in the cupboard. However the refining process strips 17 key nutrients from grains. Among those lost are several that boost fertility, such as antioxidants, B vitamins and iron.

You can find some whole grain recipes on this blog including one for banana bread and one for blueberry pancakes.

Some people, especially vegetarians, don’t get enough protein which is unfortunate because the amino acids in protein are vital for egg and sperm production, and for making LH and FSH which are important fertility hormones. Animal studies link inadequate protein intake with poor quality eggs, and there’s no reason to assume humans would be any different.

You can get your protein from meat, fish, eggs and dairy products, of course, but there are plenty of vegetarian sources of protein too, including beans, lentils, brown rice, quinoa and other whole grains, nuts and seeds (especially sunflower seeds)

That being said there are also people who seem to get too much protein. People who follow special high protein diets like the Atkins diet often get too much animal protein and those people benefit from replacing some of the animal products they are eating with vegetable proteins. One of the largest long term studies of women’s health ever undertaken demonstrated that women who got more of their protein from plants and less from animal sources had fewer ovulatory fertility problems. 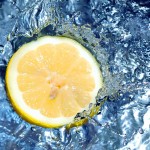