Eyes are often called the window to the soul but they are also a window to your health. When I meet a patient for the first time I always look at their eyes for clues about their well being. We all know that our vision decreases with age, but did you know that you can slow this decline by making some smart food choices? Time and time again research has shown that serious eye problems such as glaucoma, macular degeneration and cataracts can be prevented or at least slowed down with some simple dietary editions. Here are some of the foods to choose if you are trying to give your vision a boost. 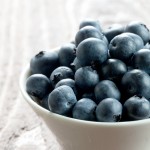 The power of bilberries was discovered by accident during World War 2 when British fighter pilots reported having better night vision after eating bilberry jam. This prompted further research which found that bilberries contain anthocyanins, which improve night vision and increase blood circulation in the capillaries nearest to the eyes. In some parts of the US bilberries are known as huckleberries. If you find them hard to track down it’s possible to substitute blueberries.

It’s not just a myth that carrots are good for the eyes. In fact most orange vegetables and fruits are great eye foods because they are high in Vitamin A and its precursor, beta carotene.  Apricots , sweet potatoes, cantaloupe, and winter squash are other great sources of beta carotene which keeps the surface of your eyes and your eyelids healthy. 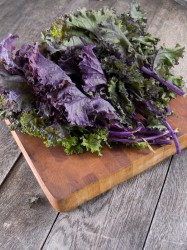 Along with other leafy greens such as spinach and chard, Kale is rich in carotenoids, especially lutein and zeaxathin. Together they protect the retina from wear and tear, the macula from sun damage and and slow down the onset of cataracts. Try this Kale Sandwich which has become a Yinova Blog favorite.

The whole onion family including leeks, shallots, garlic and onions are rich in sulfur, which is necessary for the production of glutathione, an important antioxidant for the lens of the eye. 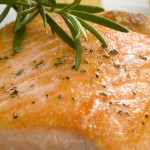 All cold water fish such as salmon, sardines, cod, mackerel and tuna are high in essential fatty acids and therefore great eye foods. Salmon has two types of omega-3 fatty acids DHA and EPA , both of which may be important in preventing eye diseases. Omega 3 Fatty Acids are also helpful if you suffer from dry eyes. If fish isn’t to your taste try adding flax seed to your diet for a vegetarian essential fatty acid fix.

Orange and red fruits and vegetables such as oranges, red bell peppers, tomatoes, strawberries and peaches are high in vitamin C which has been shown to support the health of blood vessels in the eye and therefore slow down the development of cataracts. 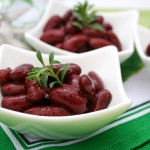 Kidney beans, oysters, sun flower seeds, pumpkin seeds, wheat germ and sesame seeds are all great sources of zinc which plays a crucial role in eye health. This report from the BBC looks at research that showed low levels of zinc in people with macular degeneration.

According to research people who eat fruits and whole grains are less likely to suffer eye damage so swap refined carbs for some healthy whole grains such as brown rice, quinoa, oatmeal and whole wheat pasta. 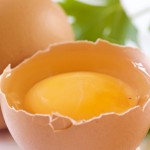 High in lutein and full of antioxidants , eggs are eye friendly and one a day may help to prevent macular degeneration

The polyphenols in olive oil can slow down the effects of aging on your eyes and the high level of antioxidants in the oil make it a great choice for eye health. Because 80% of the antioxidant components in olive oil are lost in the process of refinement, always buy extra virgin olive oil.

Eating to conceive: The importance of healthy fats