A Healing Soup to Ward off Colds & Flu

For hundreds of years chicken soup has been a traditional remedy for a cold. Our grandmothers swore by it and each culture has a version of this healing recipe. These days Western scientists have begun study chicken soup and have found that it has healing properties because it contains natural chemicals similar to those in modern cold medicines. For example, an amino acid released from chicken during cooking, chemically resembles the drug acetylcysteine, prescribed for bronchitis and other respiratory problems. At the University of Nebraska, Dr. Stephen Renard has conducted research into chicken soup and found that it contains a number of anti-inflammatory substances, that could ease the symptoms of upper respiratory tract infections. The soup, he says, controls inflammatory white blood cells (neutrophils). Cold symptoms are often caused by inflammation produced when neutrophils congregate in the bronchial tubes.

A good healing soup should contain some of the following ingredients : –

In Chinese medicine chicken is said to be yang, which means that it is warming and warming foods can give you the energy to fight off a pathogen. It’s important to have plenty of protein when you’re sick, but not too much fat which can make mucus accumulation worse. That means that a lean poultry, like chicken, is an ideal soup ingredient. It contains iron which is important to a healthy immune system and zinc which helps you body battle infection by activating white blood cells.

Broccoli is a cruciferous vegetable that packs a powerful nutritional punch. It is high in anti-oxidants and in glucosinolates which stimulate the body’s immune system and along with red bell peppers it’s a good way of adding vitamin C to your soup.

The journal Advances In Therapy published a study that found that taking a garlic supplement could help prevent colds as well as shorten their duration. In Chinese medicine green onions are a key ingredient in a famous cold-fighting soup. Much of the immune-boosting properties of garlic and onions come from their sulfur-containing compounds, which also give them their distinctive smell. One particular compound called allicin has been shown to be effective against bacterial, viral, fungal and parasitic infections.

These orange vegetables are high in beta-carotene, which your body uses to make vitamin A a key immune boosting nutrient. In Chinese medicine they are said to nourish the spleen which aids digestion and so helps your body produce qi.

Ginger is used in Chinese medicine for it’s anti-inflammatory properties and because it can help calm an upset stomach. It is a warming food that can make you sweat a little which can help your body release a pathogen.

High in vitamin C, hot peppers contain capsaicin which can thin mucus, clearing your sinuses and helping you to breathe better which in turn allows your nasal passages to get rid of germs. In Chinese medicine chili peppers can help you to sweat a little and release the pathogen.

If you live near Chinatown or have access to Chinese herbs the following can be added to your soup in small quantities.

Ju hua (Chrysanthamum Flowers) – These are sold dried and as tea bags in Chinese herb stores. A cooling food, Chrysanthemum is also used in soup, as it is said to be good for ridding the body of fevers. It is particularly soothing if you have a headache or sore eyes.

Yu Jin (Tumeric) – This root is sold as dried slices in Chinese herbs stores but feel free to add a pinch of culinary tumeric to your soup. The golden yellow color is the result of curcumin, a polyphenol with strong cold and flu-fighting properties.

Huang qi (Astragalus) – This qi tonic is sold as little woody sticks in Chinese herbs stores. Add them to the soup for their immune boosting properties and then take the sticks out before you eat the soup. In studies astragalus has been shown to increase anti-bodies and stimulate natural killer cells.

So here is a Yinova Center recipe for a delicious, immune boosting chicken soup. 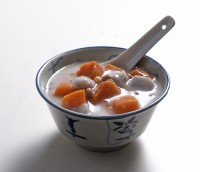 Heat the sesame oil in a pan and fry the garlic, chili peppers and ginger over a low heat until they become soft and fragrant. Be careful not to burn them.

Add the chicken pieces and stir as you seal the outside of the meat.

Add in the stock, soy sauce, tumeric and sweet potato and bring to the boil. Add any Chinese herbs if you are using them.

Reduce the heat and simmer for 10 minutes.

Add broccoli and simmer for a further 5 minutes.

8 Things You Can Do To Improve Your Circulation

How to Forgive (and Why You Should)

The Cleanses that we Love!