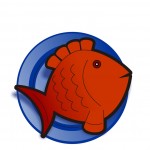 Recently The New York Times ran an editorial piece about the safety of fish. The article prompted several of our Yinova patients to ask for our advice about eating fish, especially if you are pregnant or trying to get pregnant. As The New York Times article pointed out even different government departments disagree about how much fish pregnant and nursing women should be eating. The FDA (Food and Drug Administration) suggests that two 6oz servings a week is safe, a position that some in the EPA (Environmental Protection Agency) disagree with because of mercury levels in some fish. How confusing! This was just the kind of mixed message that drove me crazy when I was pregnant and trying to work out what to eat. No wonder our Yinova patients are having trouble navigating through all this conflicting advice.

So should pregnant women avoid fish altogether? The answer seems to be, no.

The FDA still recommend eating fish because it contains important nutrients that aid in brain development. In fact an article in the British medical journal, The Lancet, found that the children of mothers who had eaten lots of fish during pregnancy had better communication and social skills. You can find a BBC report about this here and here.

However mercury contamination is a serious issue. Random testing of tuna sushi found mercury levels so high that eating just six of those tiny pieces of raw fish a week would put you over the EPA’s limit. In our own practice we see this problem regularly. Many of our patients enjoy eating out but are watching their weight. Japanese food is a great choice for them because it is so low in calories. Consequently, we have had a few patients who, when tested, have had very high mercury levels due to eating sushi several times a week.

Some patients have asked me whether eating farm-raised fish is better and upon investigation I have to say that this is not necessarily true. Firstly, because farmed fish are kept in pens in the ocean near the shore and so are exposed to the same contamination as their wild cousins and secondly, because farmed fish are fed soy and grain instead of their natural diet of shrimp and plankton, making them less nutritious than wild fish.

Here’s the advice we give out Yinova patients. Try to avoid the fish with the highest concentrations of mercury. These are the bigger fish that prey on smaller fish such as swordfish, shark, marlin, king mackerel and tile fish. Pregnant and nursing women should avoid these altogether. Tuna can have high mercury levels too and should be avoided or at least limited. Some canned tuna that has been tested for mercury is safe to eat.

Our advice is to stick to smaller fish that are lower down the food chain such as shrimp, salmon, pollock and catfish. You can safely eat 2 servings or 12 oz of these fish a week and this way you will get the health benefits of eating fish without exposing your baby to too much mercury.

Incidentally the scientists believe that the reason that fish seems to improve your baby’s intelligence is because it contains omega 3 fatty acids which are important in brain development. Because of this at The Yinova Center we tell Mom’s, who are worried, to add a high quality omega 3 supplement to their diet. It is important to pick a high quality supplement in order to ensure that it is mercury free. The one we prefer is called Orthomolecular Fish Oil and we have plenty in stock should you need to buy some.

Massage for Muscle and Ligament Strain During Pregnancy