When I worked as a hospice acupuncturist I had the great privilege of being with people as they died. It was tremendously rewarding to be able to be of service to patients and their families at such an important point in their journey.  I was at the beginning of my career in those days and learned so much about acupuncture and its potential for both pain relief and its ability to affect mood and relieve anxiety.

Anyone who has worked with people who are dying will tell you that there are many mysteries. My patients would often talk about seeing a bright light and of feeling as if they were leaving their bodies. As an energy worker I noticed that if I held my hand above a patient’s head at the point known as Du 20 I could feel energy hitting my hand. At the time I had no explanation for this and certainly felt as if I had more questions than answers about life and death. 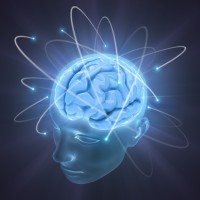 So I was particularly interested to read this research study in the October issue of The Journal of Palliative Medicine where doctors at George Washington University Medical Faculty Associates recorded the brain activity of seven people dying from critical illnesses. The researchers found identical surges in brain activity moments before death, giving us what may be physiological evidence of  the kind “out of body” experiences my hospice patients used to describe. Moments before death, the patients experienced a burst in brain wave activity, with the spikes occurring at the same time before death and at comparable intensity and duration, leading the researchers to conclude that the patients were having a common experience.

In ancient Chinese medical texts there are references to energy leaving the body through the top of the head at the time of death. The theory being that qi or energy cannot die but simply transmutes into another form.  Alternatively the doctors involved in this study theorize that as blood pressure declines the brain’s neurons lose oxygen and so discharge, resulting in measurable electrical activity.

This study may well explain the energy I used to feel in my dying patients but it does not really resolve the mystery surrounding death. Those 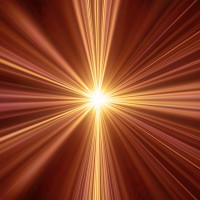 who believe we go on will find, in the idea of a brain wave surge, evidence of the soul leaving the body. Conversely those who think that there is no life after death will interpret the study as evidence that spiritual experiences at the end of life are a purely physical phenomenon. As the researchers say “Near death experiences have been documented by a large number of people. Interestingly, these descriptions tend to have a similar theme in that the recollection is vivid and detailed. The nature of these experiences often invokes a spiritual or divine explanation, a topic well beyond the scope of this report. Nonetheless, the end of life is a poorly studied area of clinical medicine and deserves more attention. Whether this observation is meaningful will be determined by future investigation.’

3 Things You Didn't Know About Ginger

Can Holding Back Tears Harm your Fertility?