Lots of us enjoy trying something fresh for the New Year.  And since many of you have been buzzing about going gluten-free, we thought we’d explore it further. If you feel like you don’t understand all the fuss, you are not alone. With so much media attention, going gluten-free is quickly becoming a fad diet that people are just latching onto.  Many people believe that if they just switched to gluten-free foods, they will lose weight.

While this is not entirely true, we do find a lot of our patients benefit from a gluten-free diet and some have a legitimate gluten sensitivity.  If you are sensitive to gluten (99% of gluten sensitive people are not aware of it), removing it from your diet will change your life!  If you are not gluten sensitive, replacing foods with gluten-free junk food may actually be adding to a weight problem, as many of these foods are highly processed and high in calories, carbs and fat.

Do you know what gluten is?

Gluten is a protein found in wheat, barley, rye, spelt, kamut, and oats.  Gluten is not inherently bad, it is only when our body reacts negatively that it can cause problems.  And these problems can be completely unrelated to digestion.  That being said, digestive problems like irritable bowl disease, chronic constipation or loose stool, and inflammatory bowl diseases like ulcerative colitis, and Crohn’s disease can all be associated with or exacerbated by food sensitivities.  The New England Journal of Medicine lists 55 other seemingly unrelated conditions associated with gluten sensitivity including: osteoporosis, anemia, rosacea, chronic fatigue, restless leg syndrome, canker sores, rheumatoid arthritis, hypothyroidism, eczema and psoriasis, multiple sclerosis (MS), and almost all other autoimmune diseases.  It can also be linked to depression, anxiety, schizophrenia, dementia, migraines, epilepsy, neuropathy, and autism.

Gluten sensitivity historically has been thought of in the medical world as Celiac Disease.  It was rarely diagnosed, and was often only considered in children who had chronic diarrhea.  But we are discovering symptoms appearing to be unrelated to a digestive imbalance can actually be cause by eating something as normal as a piece of bread. 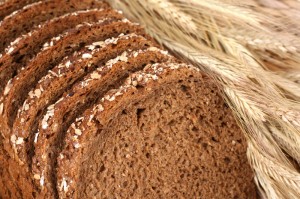 Why this sudden increase in gluten intolerance?  It is likely due to the genetic modification of wheat and other grains recently introduced in our agriculture and diet.  Almost all wheat flour in America has been genetically modified to have a much higher gluten content than ever before, making our breads doughy and fluffy.  The down side of all this gooey dough is that many of us who may have a minor sensitivity to gluten are reacting much more intensely than before.

If you’ve been suffering from chronic fatigue, MS, depression or any of the above mentioned symptoms and haven’t been able to find relief, it might be worth it to try a gluten-free lifestyle.  There are many drugs and treatments available to treat the manifestations of gluten sensitivity, but the only way to truly cure yourself, if this is indeed your problem, is to completely avoid gluten.

The real problem with consuming gluten when your body is sensitive is that the reaction creates inflammation in the body.  Inflammation is at the root of all the major killers in our medical system including heart disease, diabetes, and cancer.  Recent studies have come out showing you don’t have to have full blown celiac to be at risk for complications associated with gluten sensitivity.  Even just having the antibodies circulating, without inflammation in the gut or testing positive for celiac, increases risk of death from cancer, heart disease, and other related inflammatory diseases by up to 35%.

Discovering whether or not you are sensitive to gluten can be done in several different ways.  The simplest and cheapest is to completely remove gluten from your diet for at least two (and up to six) weeks.  If after 2-6 weeks some of your symptoms have disappeared, or if you notice you feel more energized and clear headed, you may have a sensitivity to gluten.  You can test your theory by adding it back into your diet and seeing how you feel in the following days.  If you notice your symptoms returning, you are sensitive to gluten and would benefit from avoiding it most of the time.  If you are keeping track on your own, it is helpful to keep a food journal to record what you ate and how you felt afterward.  A doctor who is well acquainted with gluten sensitivities can also test your blood and/or saliva for antibodies related to gluten or for the genes associated with celiac.

Some tips to follow when adapting a gluten-free lifestyle:

Amazing New Pictures of the Moment of Ovulation