Ginseng: Getting to the Root

If there’s one Asian herb that everyone has heard of, it’s ginseng – Panax ginseng to give it it’s full name. It’s often thought of as a stimulant, although Ginseng is actually more sophisticated than that. In traditional Chinese herbology, we use it to strengthen digestion, improve lung function, reduce anxiety, and increase energy.

In fact, when Ginseng came to the attention of  Russian scientist Israel I. Brekhman back in the 1940’s, it prompted him to develop a new concept. The idea that ginseng is an herbal adaptogen. What’s an adaptogen? It’s a herb that helps the body adapt to stresses of various kinds. By that I mean all sorts of stresses, from extremes of temperature to exertion, trauma, pollution, infection or psychological stress. Brekhman pioneered the idea that herbs such as ginseng help a body return to balance by up-regulating or down-regulating the body’s systems, depending on what may have gone wrong. 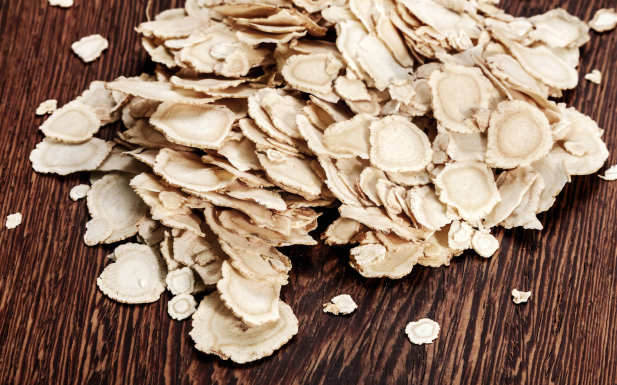 These days Ginseng has been studied intensively and modern science is beginning to recognize what ancient herbalists have always known, that Ginseng has a wide range of uses and deserves its reputation as the king of herbs.

Ginseng and the treatment of diabetes

Ginseng berries are a promising treatment for diabetes according to researchers from the University of Chicago who tested the herb on mice that had been specially bred to develop diabetes. By using a Ginseng berry extract the scientists were able to normalize the blood sugar levels of these mice and to boost the way insulin works. As an added bonus,  the mice’s cholesterol levels dropped and they lost weight because of the tonic effect of the ginseng which encouraged them to take more exercise and to eat less.

Happy Lunar New Year! Here's What the Year of the Rabbit Has in Store For You

Ginseng may be useful for improving memory

Chinese researchers have found that taking a Ginseng compound can help improve memory in stroke patients suffering from dementia. The form of memory loss suffered by stroke patients is called moderate vascular dementia and is the result of damage to the blood vessels leading to the brain.

The study looked at 40 patients with mild or moderate vascular dementia due to stroke. 25 of them took a ginseng pill and the rest received a drug that increases oxygen use in the brain and is known to improve memory in patients with dementia.

All the patients had their memory tested before and after the 12-week study and surprisingly the group that was given the ginseng showed a significant improvement. The researchers attributed this to the way Ginseng increases specific brain chemicals, namely acetylcholine, and choline acetyltransferase.

Fatigue is one of the most common side effects of cancer treatment and, according to patients, it is the most disruptive symptom of all, because it prevents them from taking part in everyday life.

Researchers from the Mayo Clinic gave Ginseng to 282 patients undergoing cancer treatment over a period of 8 weeks. The patients were divided into 4 groups.

Ginseng appears to ward off colds

In a study at the University of Alberta in Canada, researchers looked at the incidence of colds in a group of 323 people over a period of four months during cold and flu season. Half the group was given a daily dose of Ginseng and the other half received a placebo.  A mere 10% of the ginseng group got two or more colds, compared to 23% of the placebo group.

Ginseng has been used to improve sexual performance in men for thousands of years and this 2008 study, published in the British Journal of Clinical Pharmacology, gives us insight into its efficacy. This beneficial effect is largely due to an increase in the production of nitric oxide prompted by the Ginseng. 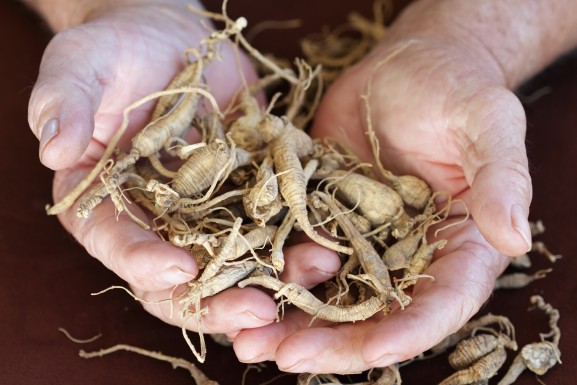 The anti-inflammatory effects of ginseng

According to research published in the Journal of Translational Medicine, ginsenosides (a constituent of Ginseng) were able to reduce inflammation and modulate the immune system.

The use of ginseng in cancer prevention

There are some interesting population studies in Asia that suggest that Ginseng may play a role in cancer prevention.

And in a study funded by the National Cancer Institute and conducted by Vanderbilt-Ingram Cancer Center, researchers found that Ginseng improved the quality of life and survival of breast cancer patients.

High in antioxidants and with proven anti-inflammatory properties, Ginseng has been used throughout Asia for thousands of years to benefit the skin. This research used a double-blind, placebo-controlled model to show that ginseng taken internally can reduce the appearance of fine lines and wrinkles as well as the skin’s elasticity and moisture content.

How to take Ginseng 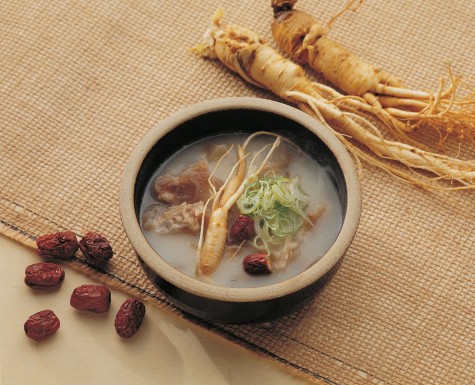 First of all, you should know that taking too much ginseng can cause side effects although these are usually mild symptoms such as nervousness, insomnia, headaches, dizziness, and an upset stomach. You should not take ginseng if you have a bleeding or blood clotting disorder or are taking blood-thinning medications. Likewise, patients with high blood pressure or heart disease should only take Ginseng with the advice and support of their healthcare practitioner. Pregnant women and nursing mothers should also avoid taking Ginseng internally. That being said, using Ginseng topically in lotions, creams, and oils is considered very safe.

Ginseng is available in tincture form as well as in pills and granules. Raw ginseng is very much prized in Asia. My husband and I have a small ginseng cooker (a present from a friend in China) and we use that to boil up the root to make tea. We also include ginseng in soups and stews like the Korean ginseng, date, and chicken soup in the photograph above.

10 Healing Foods You May Already Have in Your Kitchen

It’s all About Balance! The Yin and Yang of Beauty

Lyme Disease: How Often Are We Misdiagnosed?