Castor oil: The awesome and the not-so-hot

Castor oil is an incredible substance obtained by pressing the seeds of the castor plant, Ricinus communis (Euphorbiaceae). It is a clear, flavorless oil that has been used for medicinal use in ancient Egypt, China, Persia, Africa, Greece, Rome, and started to be used in Europe and the Americas in the 1600s. Centuries ago, the plant was referred to as “Palma Christe” because the leaves were said to resemble the hand of Christ. This association likely arose out of people’s reverence for the plant’s healing abilities.

Today, castor oil is widely used in pharmaceuticals, cosmetics, machinery and industry. Even Castrol motor oil for machinery is derived from castor oil (must be good for the joints?).

The Awesome:  (Let’s always start with the positives!)

One of the more compelling health benefits is castor oil’s ability to support the immune system. This healing property does not require you ingest the oil, rather apply it externally. Castor oil “packs” can be an economical and efficient method of infusing the ricinoleic acid and other healing components of castor oil directly into your tissues.

Popularized by psychic and intuitive healer Edgar Cayce in the 1930s and 1940s castor oil packs caught on in the mainstream and were used in American households as a common remedy. Some say Edgar Cayce was the father of the New Age movement. His work with castor oil was later researched and proven by primary care physician William McGarey among others.

For application, you can rub castor oil into the skin but if you truly want the most therapeutic effect try a castor oil pack.  Packs are the most common and effective way to apply topical castor oil.

In order to make a castor oil pack you will need the following supplies:

Fold flannel three layers thick so it is still large enough to fit over your entire upper abdomen and liver. You can also treat over a local area, like swollen lymph nodes on the neck, ankles, knees.

Soak flannel with the oil so that it is completely saturated. The oil should be at room temperature. Lie on your back with your feet elevated.  Place the flannel pack directly onto your abdomen; cover oiled flannel with the sheet of plastic, and place the hot water bottle on top of the plastic. I recommend wearing old pajamas as the oil stains and is difficult to remove.

Leave pack on for 45 to 60 minutes. This is a great time to do meditational breathing, reading or just relax.  You can reuse the pack several times, each time adding more oil as needed to keep the pack saturated.

The “Not-So-Pretty” but effective internal uses of castor oil: 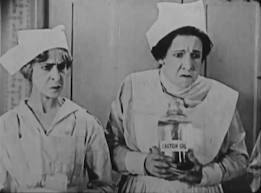 Castor oil has been an internal remedy for thousands of years. Remember Spanky from The Little Rascals being spoon fed castor oil?  Castor oil can even be seen on Tom and Jerry as a way to harass Tom. Centuries of ingesting castor oil by myriads of cultures have shown us that castor oil is a formidable laxative.

Castor oil has been proven to stimulate the intestines and the uterus and is often recommended to be taken as a laxative and to stimulate labor. I however do not recommend  castor oil for labor induction unless in very specific conditions as castor oil as it can cause violent vomiting and diarrhea which can really be tough on a laboring woman.

The downright awful but infrequently seen use of the castor nut:
unless you go into the business of manufacturing castor oil you will not come into contact with Ricin. Ricin is a highly toxic, naturally occurring protein and even a dose the size of a few grains of table salt can kill an adult human. Heating during the oil extraction process denatures and inactivates the protein rendering castor oil harmless.

In a few occurrences since the late 1970’s ricin has been utilized as a biological toxic weapon.  As a matter of fact even this year,  an envelope addressed to President Obama tested positive for ricin.  All that being said, castor oil has been deemed safe and effective by the FDA so do not worry.

Castor oil is an ancient and effective way to improve your health. Give it a try for yourself.

Laurel Axen Carroll is a licensed and board certified acupuncturist and herbalist practicing exclusively at the Yinova Center  in New York City.

Cancer: The Battle No One Chooses