In 95% of term pregnancies, the baby will be in the optimal fetal position (head down) in relation to the maternal, pelvic structure which results in a normal vaginal delivery. There are, however, about 3-4% of women who will present with a baby in breech position.

A baby in breech position or transverse position is generally bottom first, with hips and knees flexed. That being said, there are variations of breech presentation, for example:

Between weeks 29 – 32, about 15% of all babies will be in a breech or transverse position, but only 3 – 4% will remain in that position until labor. Many babies will turn spontaneously before birth, but the longer a baby remains in a breech position, the less likely it will turn off its own volition. This is mainly because the baby conditions to grow in the womb and there is less space for turning. About 90% of babies still in breech position at the time of labor will be delivered via a cesarean section.

An Inside Look Into the Safety of Prenatal Massage

Acupressure for Labor: Tools to Alleviate Pain and Calm the Spirit

Babies born in the breech position have an increased risk of birthing complications due to the head not coming out first. Pressure on the umbilical cord due to cord prolapse or compression can compromise delivery of blood and oxygen to the baby which increases the risk of asphyxiation and cranial bleeds. For this reason, most doctors will recommend a procedure called External Cephalic Version (ECV). During an ECV, an obstetrician places their hands on the woman’s abdomen to try and turn the baby. The procedure is usually done in the operating room where the mother may receive medication to relax the uterus, an epidural or opioid drug to reduce pain, transabdominal amnioinfusion to increase the fluid around the baby, and acoustic stimulation. An ECV is very invasive, uncomfortable, and not without risk.

Thankfully, traditional Chinese medicine has an alternative that is absolutely safe and often very effective!

From a Chinese medicine perspective, the root cause of breech presentation involves Kidney energy. The Yin energy of the Kidney is what nourishes the growing fetus from conception. As the Yin energy reaches its peak, Yang energy arrives to prepare for the intense activity of labor. The Yang activity mobilizes the baby into the desired head-first position. If there is insufficient Yang activity due to the mother’s stagnation and deficiency, the Yang energy must be supported and stimulated.  That being said, I usually tend to see an increase in Breech baby cases in the Winter months when energetically the season is more Yin and dormant than Yang and active.

Our treatment for breech presentation involves the use of acupuncture along with moxibustion to points located on the outside of both little toes (where the nail bed meets the flesh). This point is called Zhiyin or UB67. Moxa is the herb used during moxibustion that is also known as artemisia vulgaris, or mugwort. During the treatment, a lit stick of compacted or rolled moxa is brought close to UB67 in a manner that looks like a bird pecking. We encourage that your partner or a family member assist with this process and a skilled practitioner should show you how to perform the procedure and the tools needed before you try this at home.

I usually tend to see an increase in Breech baby cases in the Winter months when energetically the season is more Yin and dormant than Yang and active.

After your acupuncture session, your practitioner will explain how moxibustion can be done at home and give you a couple of moxa sticks so that you can continue the therapy on a daily basis. It is recommended that the moxibustion be done for twenty minutes at a time and for ten consecutive days. The position of the baby should be evaluated by an obstetrician or a midwife, especially if the mother notices increased fetal activity, like baby somersaults. I have known babies that have turned after only one treatment!

We advise our patients to continue the moxibustion for the full ten day course, even if the baby has turned, to make sure that the baby remains in the head-down position. These can be shorter, roughly ten minutes.

The optimum time to begin moxibustion is around 33 to 34 weeks. As I mentioned above, many babies turn on their own, so coming any sooner than 33 weeks may be unnecessary. Conversely, coming at the very end of your term greatly decreases the effectiveness of moxibustion due to the lack of space in the womb. In addition, during these last few weeks, it’s especially important to keep track of the umbilical cord position with breech babies.

Studies in China have reported success rates as high as 90% (Wei Wen, Co-Operative Research Group on Moxibustion Version, 1984) This study also combines knowledge of Eastern and Western medicine to explain the mechanisms of the treatment and why it is successful. It suggests that moxa applied to UB67 stimulates the adrenal glands (which are located on top of the Kidneys) which results in increased levels of estrogen in the placenta. It also changes levels of prostaglandins which raises the basal tone and enhances uterine contractility—this stimulates fetal movement which is necessary for correcting breech presentation. 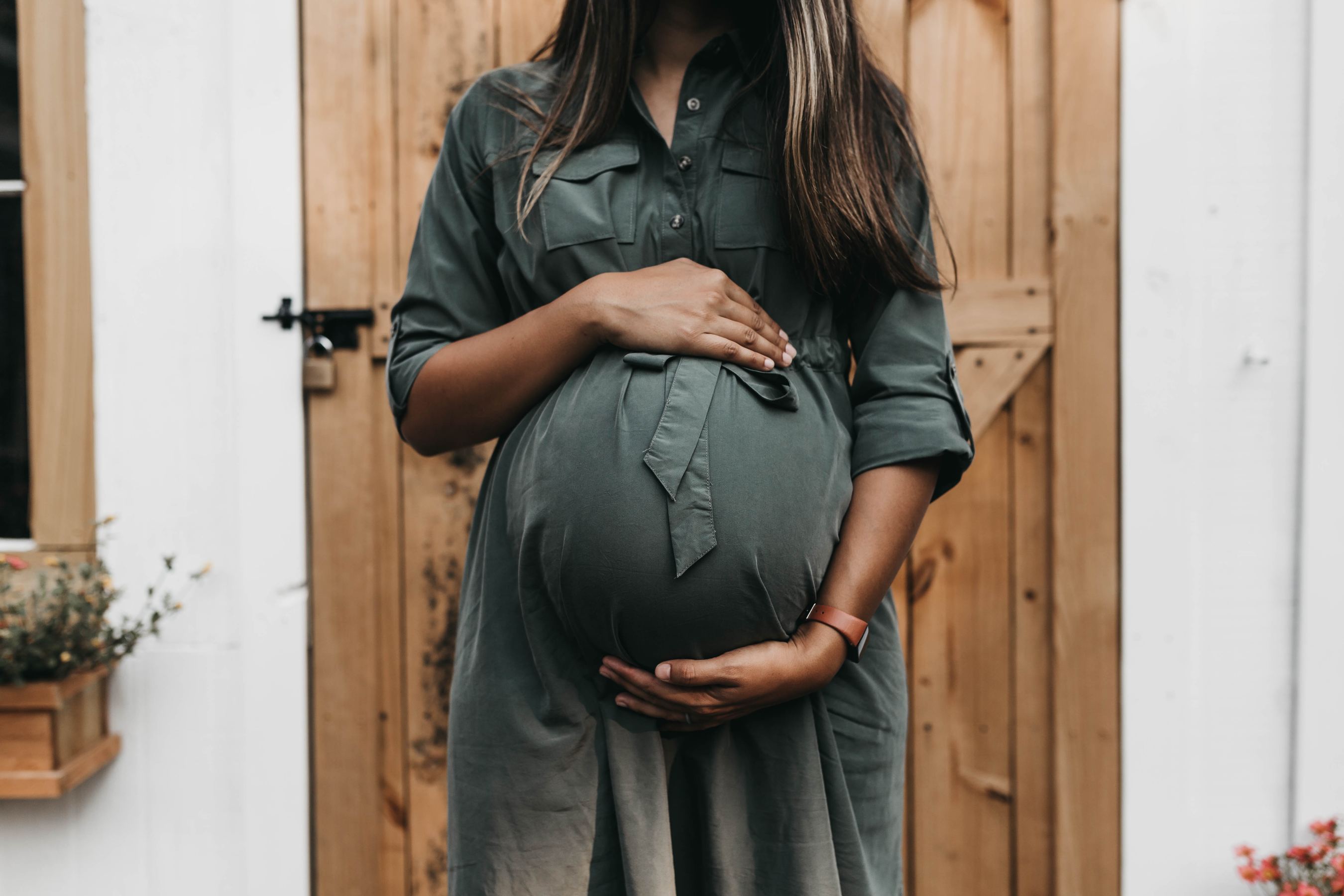 If you’ve received a Breech baby diagnosis; make an appointment with your acupuncturist as soon as possible to begin treatment.  Your practitioner will also discuss exercises and other techniques you can use at home to help with the process. To get you started, here are some of my favorite exercises:

And this article from Spinning Babies is incredibly helpful, too!

An Inside Look Into the Safety of Prenatal Massage

Massage for Muscle and Ligament Strain During Pregnancy