The Chelsea-based doctor found his place on the map with his 2008 book The Advocate Guide to Gay Men’s Health and Wellness. However, it’s his new book, a memoir entitled Pee Shy, that has readers from Whoopi Goldberg to Michelangelo Signorelli in awe of his story.

By all accounts, Spinelli has it together. One walk into his sleek Manhattan practice and a flash of his welcoming bright smile, and you can’t help but feel at home with the internist, author and television host (his show Dueling Doctors wrapped production this summer). Adding to Spinelli’s warm character is his unfettered willingness to share the depths of his past, a dark tale the likes of which would be fodder for a movie.

Pee Shy offers readers a firsthand account of the journey of Spinelli’s childhood; a young life darkened by the ongoing sexual abuse of his scoutmaster and the denial of adults around him. Starting with a look at the life Spinelli has built for himself: a career as a doctor, a continued bond with his Italian Staten Island family and the development of his relationship with his now husband Chad, the book paints the picture of the Frank Spinelli we know today but seamlessly delves deep to recall a tale of abuse, denial and recovery.

As Spinelli brings his accuser to justice, confronting a past he simply could not put behind him, he found a stronger support network through his partner, family and best friend than he could have assumed.

In the midst of it all, Spinelli certainly isn’t shy about the roller coaster of events that brought him to a Pennsylvania courtroom thirty years after being molested and the support he received from those around him through every obstacle. He also opens up candidly about the disorder the trauma of his abuse left him with: Paruresis, or simply put, being pee shy. The book, and the resulting coverage it is getting, gives Spinelli a platform to talk about the effects sexual abuse has on children and to help parents and families understand abuse and how to approach the subject with their children. 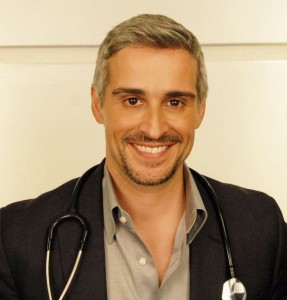 You can purchase this on Amazon now, the memoir tells of triumph and perseverance, sending the powerful message that victims of abuse can and do grow up to conquer their haunting pasts.