A good soup has healing properties. We’re not talking about any old soup, however. There’s nothing particularly curative about the kind of soup that comes in a can or a carton. Soup’s much-vaunted medicinal properties come from the broth that makes it and that broth gets its goodness from bones. 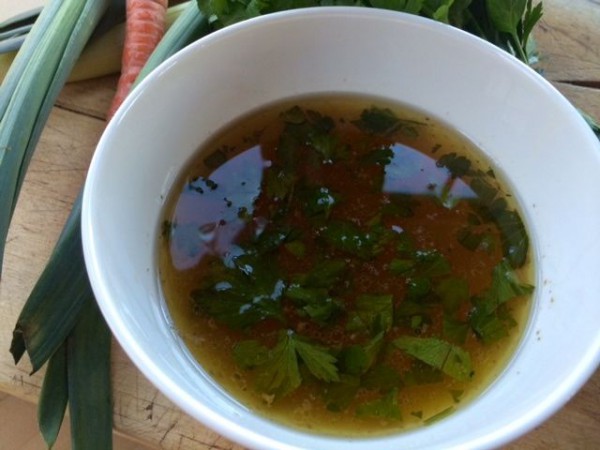 Bone broth has been a staple food in traditional societies all over the world for thousands of years. It’s also a secret ingredient at all the best restaurants, where a stockpot is boiled consistently as a basis to make luscious soups and sauces. It’s not too hard to make this kind of broth at home, however, and its many health benefits mean it’s worth the effort.

Bone broth is a source of minerals that are often missing from modern diets. A rich bone broth contains calcium, magnesium, phosphorous, and other trace minerals, all in a form that is easy to digest and assimilate. The long cooking time breaks down cartilage and tendons releasing the very same compounds, chondroitin sulfates, and glucosamine, that are found in expensive supplements for arthritis and joint pain. 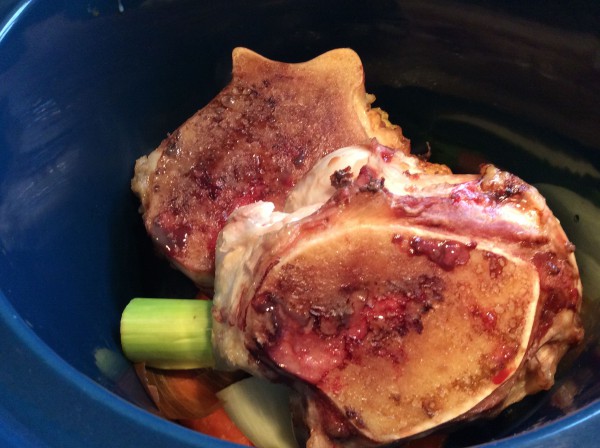 The best bone broths become jelly-like after they cool in the refrigerator due to their gelatin content. This gelatin is the good stuff! It’s been used as a medicine for thousands of years in China and has been shown to help with digestive problems and a weak immune system as well a variety of chronic health issues from arthritis to anxiety. Its immune-boosting properties make it the perfect food to ward off a cold and for people recovering from an illness. Gelatin also plays an important role in soothing an inflamed digestive tract, healing the mucosal lining of the intestines, and aiding in the assimilation of nutrients. 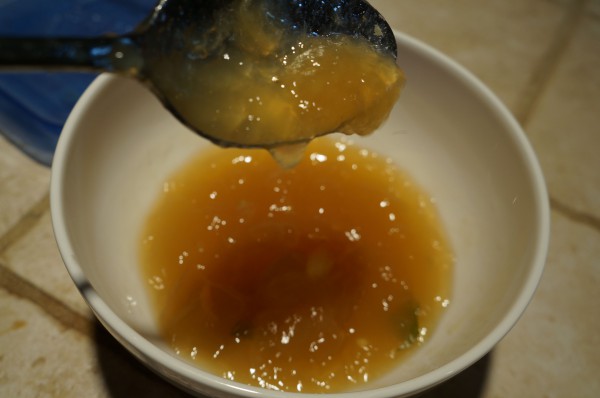 How can a simple broth achieve so much? One of the broth’s secrets is that it is a rich source of two amino acids, proline and glycine, both of which play a key role in the health of our connective tissue and are important to joint health, cellular metabolism, immune function, detoxification, and even weight regulation.

With all that going for it, bone broth is definitely something to include in a healthy diet. It can be made from a variety of bones including chicken, beef, and fish. When you’re choosing the bones for your broth it’s important to look for high-quality bones, because you’ll be extracting the nutrients and drinking them in a concentrated form. So it makes sense to pick bones from animals that were as healthy as possible – grass-fed cattle, pasture-raised poultry, and wild-caught fish.

Where can I find these bones, you ask? 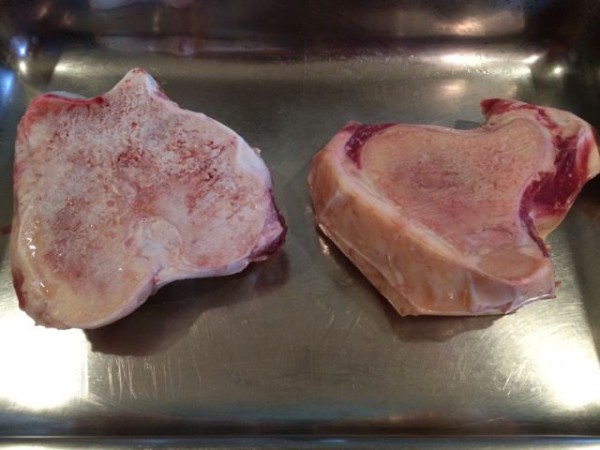 Well firstly you can save leftovers from roast meat or poultry and if that’s not an option you can ask your local butcher for some bones. Many butchers are happy to give bones away or at least will sell them cheaply. We live in a rural area, so we get our bones from this farm, where the animals are raised humanely.

A meat or poultry-based bone broth can be made in a stockpot on the stove, but in our house, we usually use the pressure cooker (if we’re in a hurry) or the slow cooker (if we’re not). Instructions for both methods are given below. There’s no hard and fast recipe for bone broth so feel free to improvise. Here’s what we do…

Here’s what you do…

Preheat the oven to 350°F and roast the bones in a roasting pan for 30 minutes. If you’re in a hurry you can skip this step. It does add a richness to the taste of the broth, (especially if you’re using beef bones) but it’s not essential. 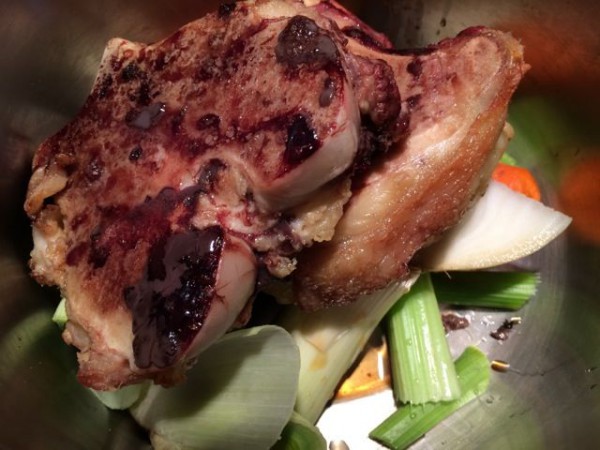 Put the bones in the pan of water and add the apple cider vinegar and let the whole thing sit for 30 minutes. The acid from the vinegar helps leech the minerals out of the bones.

Then add the vegetables, seasonings, and fish sauce to the pot.

Pressure Cooker Method: Make sure the pressure cooker is only 2/3 full, so there is plenty of room for the steam to create the pressure necessary to cook the broth. Secure the lid on the cooker then bring to a boil, turn down the heat and allow the broth to cook. The time depends on the size of the bones. For example, chicken bones should take about 40 minutes but for beef bones, we usually allow 70 minutes.

Slow Cooker Method: Put all the ingredients in a slow cooker, cover and cook on low. Chicken bones should take 8  – 10 hours and we leave beef bones in the cooker for about 24 hours.

When the broth is cooked, strain it and cool it. Skim the fat from the top and store it in the fridge or freezer ready to be used as a basis for soups and stews or just as a comforting drink. Bone broth will last for 5 days in the fridge and for several months in the freezer. 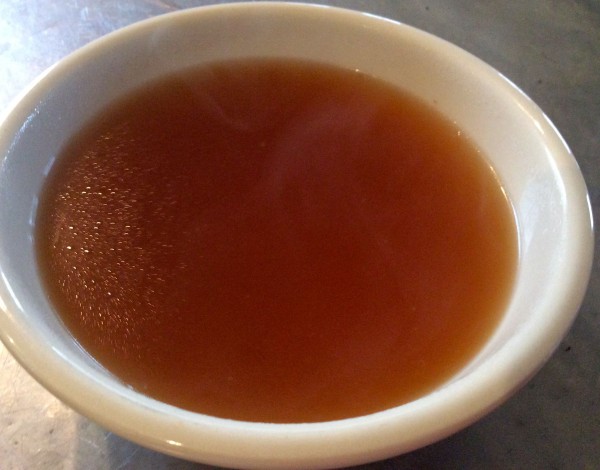