3 Things You Didn’t Know About Ginger

Whether you prefer your ginger in candy, tea, or your food, there are plenty of ways to integrate this incredible herb into your life.

Ginger is the rhizome – or root – of the ginger plant, and has a bulbous shape that in its fresh form looks like a bunch of small potatoes smushed together. Its outer skin is light brown, and the inner flesh can range from milky white to a pale yellow color. It has a distinctive aaroma and a warm, spicy taste that is part of many cuisines from around the world. and it is available in many forms to ingest.

Ginger has analgesic and anti-inflammatory effects that are well-documented. For instance, it can help soothe menstrual cramps, arthritis, and sore muscles. Ginger also contains compounds with pharmacological properties similar to popular NSAIDS (Tylenol, ibuprofen). In A 2015 study exercise in order to induce muscle damage. 5 days before this, they were supplemented daily with either placebo or 5 grams of ginger. They constantly measured biomarkers for muscle damage and delayed onset muscle soreness (DOMS) daily for 4 days after the exercise protocol. They found that 4 grams of ginger supplementation can be used to acceleration recovery of muscle strength following bouts of intense exercise.

Ginger has been proven to soothe nausea, whether it’s caused by pregnancy morning sickness or motion sickness. Centuries ago before the invention of Dramamine, fishermen used to chew on ginger while they were at sea to help ease their symptoms. Ginger tea, or freshly brewed ginger ale both help to quell your stomach.

In 1991 a double-blind randomized trial the efficacy of powdered root of ginger versus placebo in hyperemesis gravid arum, an extreme form of morning sickness. 30 women were asked to take either 250 mg of ginger or placebo  for four days, followed by a two day wash out period. A different medication was given during a subsequesm\nt 4-day period. Women were asked to rate their preference for anti-emetic based on a scoring system. 70.4% of the women preferred the period in which the ginger, as opposed to the alternative medicine was given. Additionally, the ginger treatment group reported a greater relief of their morning-sickness symptoms than did the placebo group. No side effects were observed in any of the test subjects. They concluded that powdered root of ginger was more effective in 1 gram doses daily for four days than placebo in diminishing the symptoms of morning sickness. 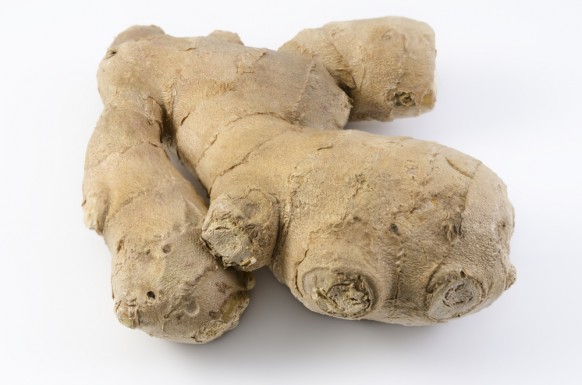 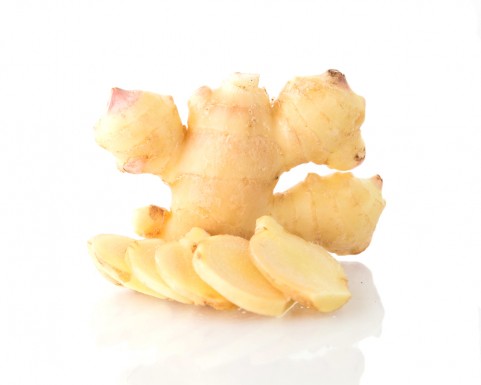 It can also help boost your immune system. The warming properties of ginger helps promote sweating, which leads to a protection response. Demicidin is an anti-microbial protein, and is secreted by eccrine sweat glands onto the surface of the skin as part of your innate immune system.

In Asian herbal medicine, Ginger’s (Sheng Jiang) warming quality makes it a valuable herb for “releasing the exteriror” which is a way of promoting gentle sweating and dispersing the chills of a cold. Chinese medicine also recognizes the health benenfits of Ginger for upper digestive discomfort including nausea and vomiting for any reason. The ginger that comes with your sushi is a palate cleanser, but also helps out if the fish isn’t the freshest.

Here are a couple of easy ways to integrate ginger into your meals.

Using Chinese Medicine to Keep You Healthy While You Travel